The Untold Story of Albion 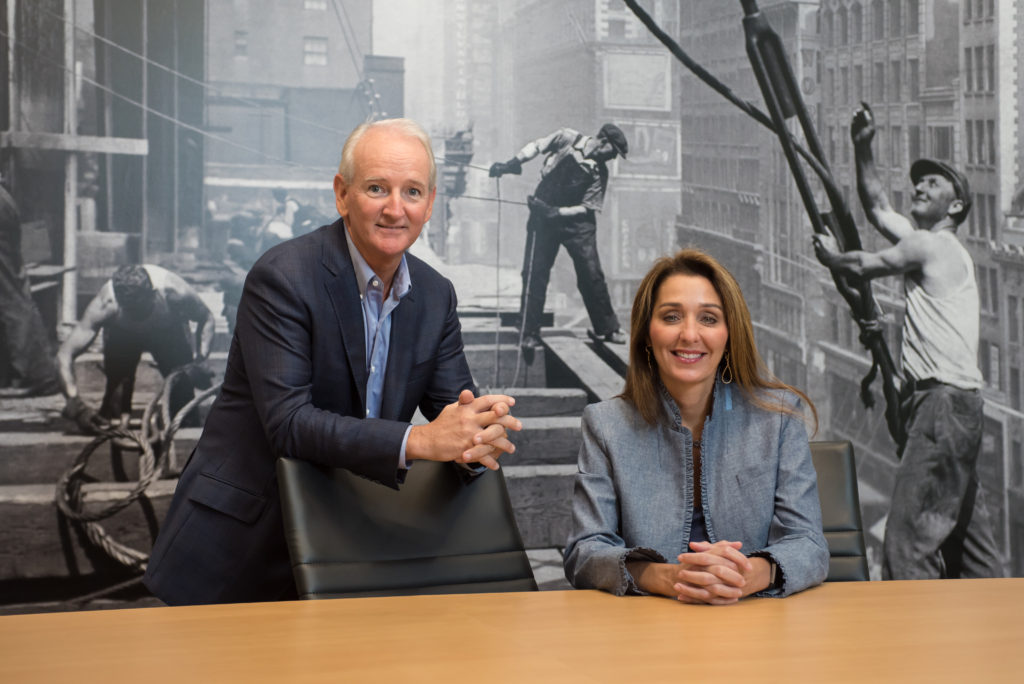 It’s a normal morning at Albion when I sit down with Executive Vice President and Co-Owner, Brian Newsome. The phone is buzzing, and you can hear bits of an old country song coming from someone’s office. Drawings are sprawled out across shiny white countertops, and project managers are pacing around on their phones.

I pull up a chair to his pristine desk. We both sip our coffee as he straightens out a few piles of paper.

“Whoever made the coffee today did it right,” he laughs. It’s a running joke in our office that the coffee can be a bit on the dark side depending on who makes it.

I explain to him that I want to do a story on the start of Albion for our website. He is, of course, thrilled to chat with me about his company that he shares with his wife, Kim. Brian and Kim bought the company in May 2003 after moving home to Georgia from California.

Brian had taken a detour from his background in construction and architecture to excel in the IT world while Kim, who had a background in Engineering, worked in management and banking.

The Newsomes, with their knack for getting businesses back on the right track and their passion for construction, hired a broker in Atlanta to introduce them to some different opportunities.

When their broker introduced them to Todd Scaccia of Scaccia Enterprises, Brian said there was an instant connection.

“Here’s this guy who’s full of energy and running a great operation, but the business was losing money.”

Scaccia Enterprises built cell towers up and down the eastern seaboard. Brian says the business had all the right things, especially a commitment to quality and a good reputation in the marketplace. After 9/11, however, the telecom industry essentially shut down. “They said ‘we’ll call you’ when we can get up and running again. They never called.”

However, this did not stop Brian or Kim. With their combined tenacity and experience in construction, architecture, engineering, and finance, they got the company to break even in December 2003.

The first few years of running the company, then known as Albion Scaccia, were no easy feat.

“We hired the best and the brightest in the industry to start building something besides cell towers,” Brian says.

In 2004, Brian and Kim hired Todd Muraski, a seasoned Project Manager. Muraski is still with the company today. “It speaks volumes of his character,” Brian said of him.

Muraski was instrumental in landing the first major project – a $1.5 million renovation at Lovejoy High School in Hampton, Georgia in 2004. While a huge opportunity, Brian and Kim knew this was just the beginning.

A turning point came when Albion Scaccia was awarded their first task order contract at Georgia Tech. The company sent Superintendent John Sherman (known around these parts as ‘Johnny’) to supervise the various projects that came from the task order. He was the only remaining employee from Scaccia Enterprises and remains with the company today. Johnny was influential in the process of building Albion’s reputation in the marketplace.

From there, the company was able to pick up a few more higher education jobs in addition to a few projects at churches. Brian and Kim began steadily adding to the team, careful to make sure the additions fit in with the culture and reputation they had worked so hard to create.

“You have to hire people who are smarter than you are and listen to them. You have to be humble because you don’t know everything,” Brian states.

When I ask Kim where she sees the company in five to ten years, she says “Brian has the vision. I’m just the worker bee.” I laugh because that’s not true. Though she has been able to pass along many of the tasks she used to do, she is still the ‘wearer of many hats’ at the office.

I ask the Newsomes to reflect on the company and how far its come. “We’ve got a lot of great people and a great reputation in the market place. We have great clients. We don’t have to convince people to give us a shot. We’re established. The things that used to keep us up at night no longer do.”

I ask them for any last words of advice for those in the industry or those wanting to start or buy their own business. Brian rattles off a quote I have heard him say so many times before:

“Hire really good, smart people, and get out of their way.”

Albion celebrates their 15th year of business this month – May of 2018. Collectively, our team has put in place more than $500 million in construction over the course of their careers. We look forward to where the next fifteen years will take us.

Thanks for subscribing! Please check your email for further instructions.

Something went wrong. Please check your entries and try again.